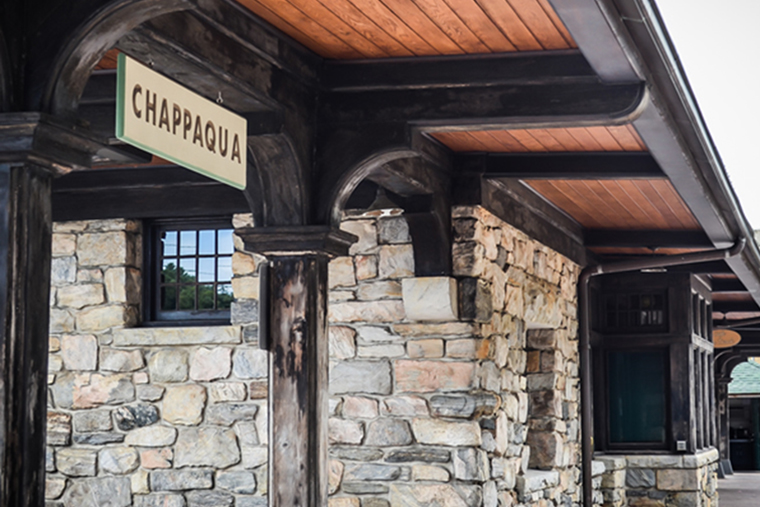 With an urbanely quaint downtown, sprawling homes, a top notch school district, and a 50-minute ride to GCT, Chappaqua is a popular landing spot in a tranquil corner of Northern Westchester.

Chappaqua has long been a name-brand suburban address. Long before before evolving into a veritable who’s who of politicians, CEOs, and Hollywood elite, locals knew they had one of the best-kept secrets in Westchester.

The farming Quakers who settled here around 1730 called it shah-pah-ka, the Native American term for “rustling land,” or a place where nothing is heard but the rustling of the wind in the leaves. That may be the case on the meandering trails of the 126-acre Gedney Park just outside the downtown, but it’s a far cry from the Chappaqua of today, where the main thoroughfare is bustling at lunch time, rush hour, and any hour in between.

The area around the Quaker’s meeting house, which still hosts weekly gatherings, is on the National Register of Historic Places, though many early establishments were destroyed in the 1904 Chappaqua tornado. (The New York Times then reported severe lightening made the ladies faint.) The house New-York Tribune founder and Congressman Horace Greeley built around 1820 still stands, and is now home to the local historical society.

Some of today’s residents stroll to the chic shops and upmarket eateries that dot the downtown streets, though most drive from grand homes that rest on an acre plus. Jardin du Roi is a longtime local favorite for everything from escargots to all day breakfast, best enjoyed on the patio. Gourmet food shop Susan Lawrence, part-market and part-European sidewalk cafe, is another staple for coffee meet-ups or a grab-and-go duck burrito. The newer Chappaqua Station serves up seasonal fare in the town’s fieldstone train depot, bringing excitement to the commuter routine that’s just part of daily life in this bustling “rustling land.”

“People appreciate that we’re socially aware and that we give back—and, that we’re not all tutus and pink,” said longtime Chappaqua resident Trish Kallman, who owns fashion-forward, globally conscious Hip Kid, a clothing boutique where nothing but organic, fair trade, eco-friendly, or mindfully manufactured brands are on sale. She says the concept works in a small town like Chappaqua where the sense of community—and style—is strong.  “That feel of Brooklyn edginess really resonates here,” she added.