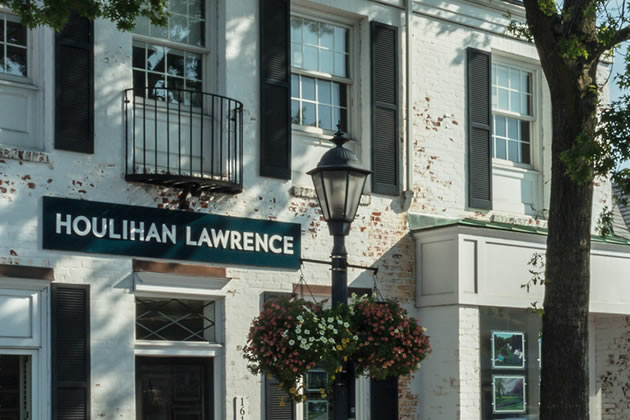 In Q1, Houlihan Lawrence was pleased to appoint new local leaders at six of our offices across Westchester, Connecticut and the Hudson Valley:

Jane Abbate, previously an agent at our Chappaqua Brokerage, was named Briarcliff Brokerage Manager. She brings more than 10 years of real estate experience, including six with Houlihan Lawrence. Active in her community, Jane is a member of numerous organizations including the Mount Pleasant Planning Board. She replaces Howard Chwatt, who has retired after a successful 15-year tenure.

Amanda Briggs will now serve as Darien Brokerage Manager. Previously our New Canaan Brokerage Manager, Amanda has been in the business more than 13 years and takes the baton from Jeff Kelly, who was recently promoted to Regional Vice President. Prior to her career in real estate, Briggs worked in private wealth management for Credit Suisse. She holds an MBA from Columbia University Business School.

Jeanne Coon, a top-producing agent at our Chappaqua office, has been promoted to Chappaqua Brokerage Manager, applying her 32 years of local real estate experience to the role. A resident of the village since 1983, Jeanne has closed over $200 million in transactions and has consistently earned top-producer honors since 1991. Around town, she serves on the New Castle Beautification Advisory Board, the St. John and St. Mary’s Women’s Association and TWIG Volunteer Association for Northern Westchester Hospital.

Terra Corning was appointed Larchmont Brokerage Manager. A 17-year veteran of the industry, she joined Houlihan Lawrence as a Larchmont agent in 2015 after 13 years with another brokerage. Prior to real estate, Corning worked for two start-up companies in their advertising and marketing departments. She takes over for Deborah Doern, who was promoted to Regional Vice President.

Diane Jenkins joins Houlihan Lawrence as New Canaan Brokerage Manager. Formerly a top-producing agent with the New Canaan office of William Pitt Sotheby’s, Jenkins brings more than a decade of real estate experience to the role and a strong background in business and finance. Prior to entering the real estate profession, she had a 12-year career in healthcare marketing/sales and corporate business/accounting office management in the Baltimore-Washington DC area.

Jeffrey Smith, an agent at our East Fishkill brokerage since 2010, has been promoted to East Fishkill Brokerage Manager. A resident of Poughkeepsie with deep local roots, Jeff attended Marist College and is an active supporter of community causes, including the local food drive, the American Heart Association and the Multiple Sclerosis Society. He replaces Barbara Dudley, who has retired after 35 years in the business.