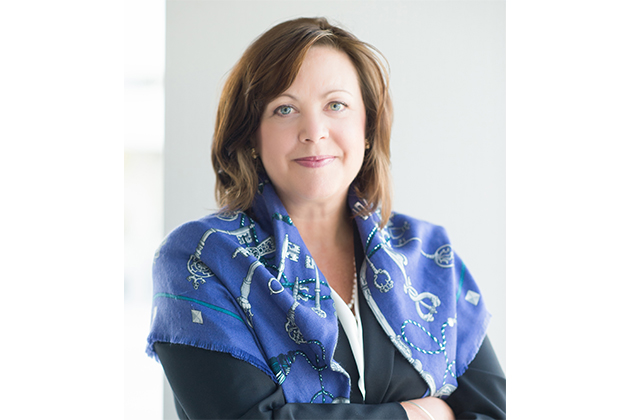 We're pleased to announce that Liz Nunan has been promoted to President.

Previously the company’s Chief Operating Officer, Liz will now oversee all aspects of Houlihan Lawrence’s operations, including the company’s residential and commercial brokerage divisions, with 30 offices and 1,300 agents.

Liz’s promotion is accompanied by other executive changes. Chris Meyers, formerly President, now assumes the role of CEO, and Stephen Meyers will become the company’s Chairman. Stephen will continue to play an active role supporting Liz, Chris and the leadership team.

“Liz is admired by everyone in the company,” said Stephen Meyers, “She thoroughly embodies Houlihan Lawrence’s core values. Liz has played a significant role in the evolution of our organization into what it is today, and she is the perfect person to lead us through the next phase of our growth.”

As President, Nunan will shape Houlihan Lawrence’s strategy and direct operations with a focus on driving growth, while preserving their legacy of exceeding expectations known to generations of buyers and sellers. “Stepping into the role of President is humbling and brings great joy as this company means so much to me,” said Liz Nunan, “Houlihan Lawrence has been my home for twenty years, and I intend to put my passion for this business to work for our team. Our agents are the best of the best, and I look forward to building upon our presence as the market leader.”

Nunan brings a worldwide reputation to the role, offering a unique perspective that combines knowledge and experience in brokerage management and operations, with corporate relocation and the luxury real estate market. She began her career with Fox and Lazo Realtors in Philadelphia before moving to New York and joining Houlihan Lawrence. There she helmed the company’s Global Business Development team, widely-renowned in the industry. A licensed real estate broker, Liz has served on the Board of Directors for the National Association of Realtors since 2006 and the Board of Directors of the Hudson Gateway MLS from 2014-2017. She was appointed Chief Operating Officer in 2018, where she oversaw all core functions of the business and set a strategic plan for growing both agent and company productivity.

“Liz is well-established as a real estate industry leader who brings extensive knowledge and exemplary leadership qualities to Houlihan Lawrence,” said Gino Blefari, CEO of HomeServices of America, the parent company of Houlihan Lawrence, “I am confident that the company is well-positioned for future growth under her leadership.”