Best Places For Indoor Fun North Of NYC This Winter

It's officially hunker-down season in the Northeast, and with arctic wind chills and roads saltier than the Dead Sea, it's easy to fall into cycles of staying in away from the cold. While we love homes more than anyone, we'll readily admit spending too much time there—even with features like home theaters, basement basketball  courts and bowling alleys—is an unhealthy habit, not to mention just plain boring. Thankfully, our area abounds with exciting ways to get out within the toasty confines of the great indoors.

Here are just a few ways you can bake those couch potato tendencies out of your winter routine without freezing outdoors:

Step into the lives of America's Gilded Age elite by walking right into their living rooms—literally. These stunning constructs, monumental both architecturally and aspirationally, offer welcome respite from the cold with inspiration by the square foot and the welcoming hiss of old steam radiators. While some sites, like Lyndhurst and Kykuit, close through the winter season, a handful in the North Country keep their doors open. Visit the Vanderbilt Mansion or FDR estate in Hyde Park and Olana in Hudson, the Moorish manse designed by Calvert Vaux for prominent Hudson River School painter Frederic Church (which you probably saw in that Robert DeNiro commercial).

Get your artisan on at a Nixie Sparrow workshop.

Rather than park yourself in front of that flat screen, why not hone into a new talent? Nixie, one of Beacon's hottest upstarts, is a multidisciplinary DIY (do-it-yourself) workspace offering classes across the creative spectrum, where you'll learn from a roster of visiting hosts over local craft beer and vino inside the police station from Super Troopers. Classes cover anything from terrarium and tote bag-making to homebrewing and culinary to small business digital marketing instruction. Check their schedule and blog for the latest line-up. 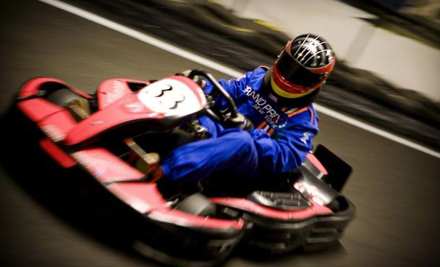 This isn't some loop around a putt putt course. The Westchester attraction is among the premier go-kart racing facilities to be found anywhere—and lucky for us, you'll find it in a converted Mt. Kisco warehouse, heated and under cover. You'll suit up in full gear for an adrenaline-pumping racing experience that's as popular for corporate retreats as children's birthday parties. A full-service restaurant and bar, Fuel, serves up cocktails and comfort foods on-site—their beef burger is sourced from Pat LaFrieda—for hungry drivers and their pit crews. Go, Speed Racer, go.

Touring Captain Lawrence is practically a winter rite in Westchester. Twice a day each weekend, you can hop in through the tasting room and wander a warehouse of towering metallic vats brimming with brews like "Freschester," "Liquid Gold" and "Kevin's Bacon." If you're lucky, you'll even have the opportunity to sample exclusive small-batch beers in development. (Owner Scott Vaccaro is known to let his team experiment). Other local options include, but are not limited to, The Peekskill Brewery, Newburgh Brewery, Sloop and Mill House in Poughkeepsie, Bull & Barrel in Brewster and Broken Bow in Tuckahoe. Let that thought ferment.

Attend a show at a local theater.

Not just music or a play, but any theatrical entertainment. Your seasonal local menu includes an eclectic mix of hot topics and has-beens including Craig Ferguson at the Paramount in Peekskill (3/3), Michael Franti at Tarrytown Music Hall (2/9) and more. Symphony at Bard's Frank Gehry-designed Fisher Center, folk at Bedford's Caramoor or chase down a Curiosity Concert in Greenwich.

Visit one of our acclaimed art museums.

We're lucky to have a whole palette to choose from, spotlighting the spatial and spontaneous, the classical-on-canvas and everything in between. Several offer insightful programming, some even with world-class talent (Katonah Museum of Art recently hosted an awards ceremony for Christo). The Bruce Museum in Greenwich has a fascinating Native American pottery exhibit through March. You could binge-watch the entire run of Arrested Development, or you could venture up I-84 to DIA, scratching your chin trying to derive deeper meaning from Donald Judd's plywood boxes.

Explore your options. (We're here for you when you're ready).